The open rate is dead! Allegedly.

Apple announced a new suite of privacy related features planned for iOS 15 at their Worldwide Developers Conference (WWDC). Among these updates is a new feature for the built-in Mail app which is designed to prevent email marketing systems from tracking when consumers open their emails.

Marketing emails rely on a tracking pixel (usually a 1px x 1px single colour image) to identify when an email has been opened. If a request for that image is made from the email client, when a person opens the email, it gets marked as an ‘opened’ email. Nice and easy for marketers to handle, no impact on the subscriber (at least in terms of them having to do anything, less so on their data being whizzed around without consent).

What does this mean for email marketing?

At the moment, it’s a little early to tell. It won’t be long before keen email marketing experts get their hands on the iOS 15 beta and begin rigorously testing what is and isn’t possible, and get a better understanding of all the implications of this change. But in the short term we do know this:

Open rates aren’t going to be much use as a metric for reporting on an email campaign’s success.

Now, arguably (definitely in my opinion) open rates are a vanity metric for email anyway. Just because someone has opened your email doesn’t mean they read it or engaged with it in any meaningful way. Much like your number of subscribers, open rates don’t really tell you a whole lot and aren’t much good for doing anything other than impressing your less email literate boss.

Click through rates and conversions are much more relevant and it’s important to take the opportunity now to make sure these are being tracked effectively. Make sure your email marketing system is tracking links, conversions and everything else you need to successfully report on your campaigns.

Problem solved! And hopefully, if things are already nicely set up for you, you don't even have to do anything. 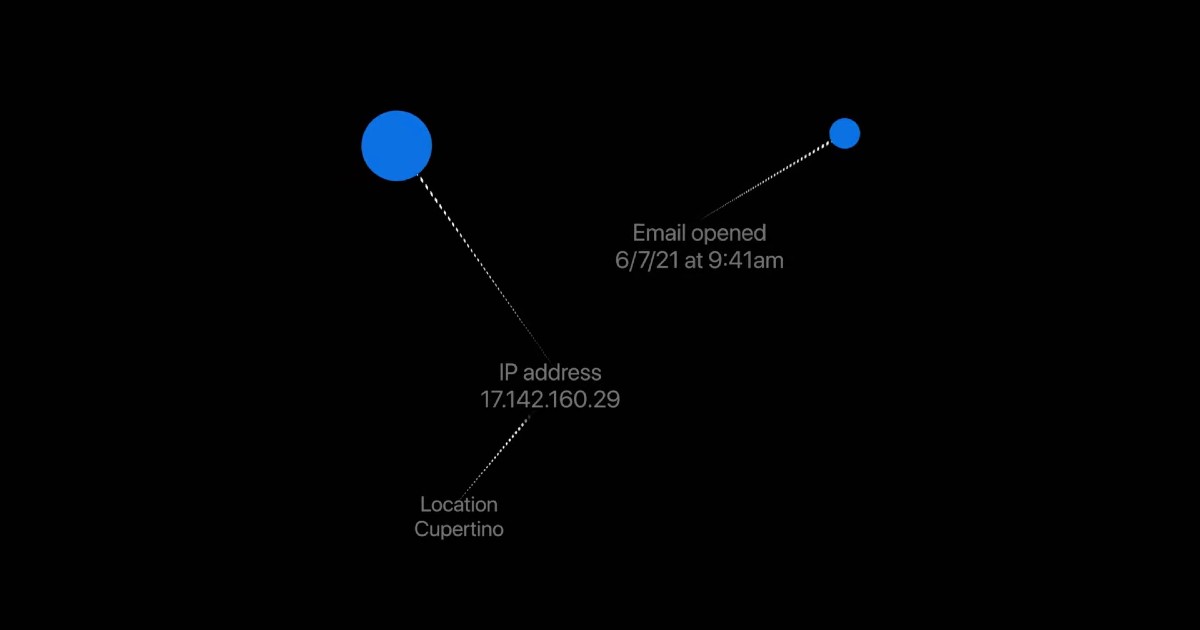 The number of people clicking through from your email is always going to be lower than the number who opened it. Sometimes, people open and read the emails you send for weeks, months or years without clicking. This doesn’t mean they aren’t “engaged” per se. Just that for whatever reason they aren’t ready to convert. Segmenting these people into more targeted lists is the usual approach to encouraging them to convert, but this will be more difficult to achieve without knowing which emails they are opening or whether they are opening them at all.

Another difficult change will be to sunsetting campaigns. Best practice suggests that subscribers who haven’t engaged with your content for a prolonged period should be approached directly (seemingly.. Email marketing is a one to many relationship still) and ‘won back’ with content, offers, etc. that are tailored to their interests and worth engaging with. If the sunsetting campaign fails to win back the subscriber, they get unsubscribed from your lists. Your list quality improves, deliverability rates improve, and the subscriber is no longer bothered by emails from you that aren’t relevant to them. Everyone’s happy.

But if you don’t know whether or not your subscribers are even opening your emails, gauging the right time to ‘sunset’ them is harder to do. You can base this on clicks and conversions, but there’s a good chance you’re going to miss a number of subscribers who are engaged, just not converting. New best practices here will emerge over time.

Another potential issue with the change relates to your email deliverability. Whether or not you end up in spam folders, or your emails even get delivered at all is tied in no small part to how many/how often your emails are opened. What impact this change will have on deliverability (if any) isn’t widely available at the moment, but we’ll keep our eyes peeled…